You don’t have crawl into a dark corner; take a bold step, open the shut door to your emotions, feelings, thoughts and step out into the light.

You don’t have to keep up a smiling face when you are hurt or sad deep inside; take off that mask and seek for help!

Often in life, there are certain events that cause different emotional responses, ranging from excitement, happiness, enthusiasm to fear, anger, disappointment, weariness, tiredness, sadness, etc. This is only natural. But when you allow the feelings of sadness to last for days, weeks or perhaps months and it keeps you from living your normal life, interferes with your normal social activities, enjoyable interests, or schoolwork, such that you are now a shadow of whom you used to be; then what you are feeling is no longer sadness. You may be experiencing Depression.

Do you often feel so exhausted, not from a stressful day, that when you are asked the question “how do u feel”, the only explanatory response you can give is “Am fine, I just feel tired”? But then you try to sleep to relieve the feelings of tiredness and it doesn’t seem to be able to fix it. Do you feel the need to be alone just by yourself but at the same time not wanting to be lonely? Do you feel the need for friends but you don’t want to socialize or relate with others? Or perhaps you are in a pressurizing situation and you feel worthless, helpless, and hopeless that you decided to shut everyone out? You may be suffering from Depression.

Adolescence is always an unsettling time, with many physical, emotional, psychological and social changes that accompany this stage of their life. When the moods of teenagers disrupt their ability to function on a daily basis, this may indicate a serious emotional or mental disorder that needs attention.

Adolescent depression is a disorder that occurs during the teenage years. It involves persistent sadness, discouragement, loss of self-worth and loss of interest in activities they previously found pleasurable or enjoyable. Depression is associated with an increased risk of suicide and prior studies have revealed that suicide rates among adolescents have nearly tripled in recent times.

Depressive symptoms among adolescents are often attributed to the normal stress seen at this stage of life. This is often misdiagnosed as primarily conduct or substance abuse disorders. Neglecting depression among adolescents can have a tragic effect. Regrettably, adolescents who experience depression at an early age often struggle with depression throughout their lives.

Another study carried out in Greece (2015) on depression in late adolescence among students in senior high schools between the age range of 16 – 18 years, revealed that 49.38 % of the adolescents with depressive episode had at least one comorbid anxiety disorder. Only 17.08 % of the adolescents with depression have visited a doctor due to a psychological problem during the previous year. It further revealed that anxiety disorders, substance use, female gender, older age, having one sibling, and divorce or separation of the parents were all associated with depression. In addition, the presence of financial difficulties in the family was significantly associated with an increased prevalence of both depression and depressive symptoms in adolescents.

There’s no single known cause of adolescent depression. Some of the factors that could lead to depression in adolescents include:

Having a pessimistic mindset or thought: a child being surrounded with people or an environment where negative thoughts or way of life, feelings of helplessness and hopelessness is a norm instead of facing challenges head on and a winning attitude; such child can end up not being able to feel positive when in distressing situations.

SIGNS AND SYMPTOMS TO LOOK OUT FOR 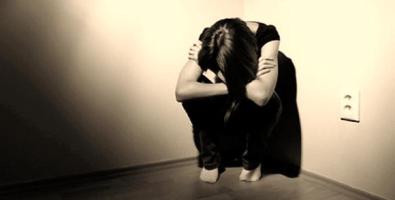 Most times it is often difficult for parents to know that their children are suffering from depression. Parents often mistake it for stress, adjustment issues or growing up/puberty. Some of the depressive signs to look out for are:-

Depression is associated with high levels of stress, anxiety, self-harm and in the worst possible scenarios, suicide. It can also affect a child’s:

This can lead to social isolation and other problems.

Often times, when people think about health, they may instinctively have the idea of physical health alone in mind such that if a person is not seriously ill, then, such a person may be termed healthy. However, this is actually not entirely true because health in itself is an encompassing word, comprising of all round wellness. This indicates that being healthy ideally means being at a state of complete physical, mental and social wellbeing and not just the absence of sickness. There should be a balance in all aspects of an individual’s functioning leading to a state of optimal human functioning in which one is thriving physically, mentally and socially. This is the state of flourishing. This also does not indicate the absence of difficult times, rather, it implies that in spite of the hard times, such individuals are resilient that is, having the ability to bounce back no matter the difficulty they encounter. Some other characteristics of individuals that are flourishing include: 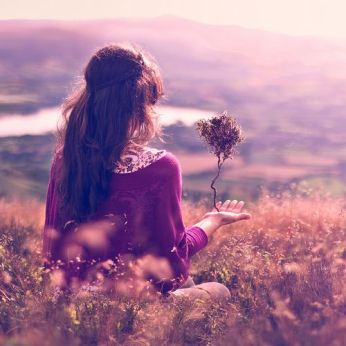 When we take these positive steps in our everyday lives, we begin to flourish as we grow in life no matter the gravity of life’s challenges, we can bounce back to flourishing at all times. I choose to flourish, what about you?